Hadr : how music was made

Creating music for Hadr was an absolute blast. I never got to actually create music ever before. There were some loops here and there, some short songs for gamejams and so on but never anything I would really proudly show to the world. 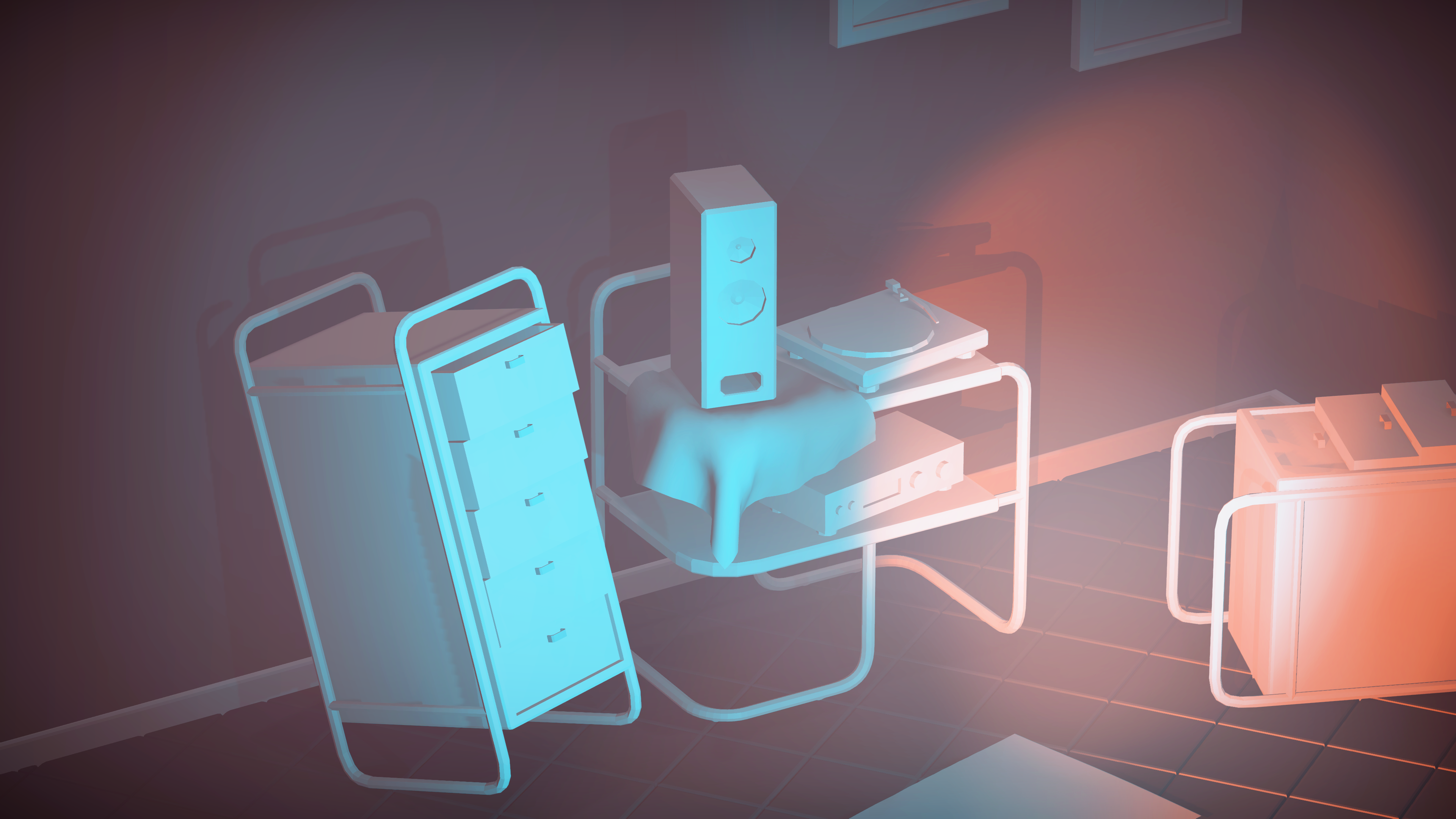 But! I have been working as a sound engineer in clubs, outdoor live shows and in studio for the past 6 years. Listening, mixing and working with amazing musicians. So my main goal from the very beginning was to utilize what I already know well. To focus more on the sound and how it changes as the player plays the game.

So for the most part the idea was

Step 1 and 2 was working in conventional DAW, in my case it was either Ableton Live or Reaper. I personaly prefer Ableton when it comes to actually creating stuff from scratch, as working with loops and arranging everything is simply faster. When it comes to editing, cutting, automation etc, I like to jump to Reaper.

At this point it is necessary to say that I did not make all the music, half of them was made by my dear friend and college Jan Tomáš (Tomáš Palucha band).

Step 3 and 4 is where the real fun begins. I am using Unity as a game engine and pretty soon in development I decided to implement FMOD as a audio engine. The reason was very simple. I wanted to learn it and it felt fascinating. It does SO MUCH for you in the most user friendly DAW-ish way possible. And whats most important, you can create a custom parameter that effects whatever you want however you want.

A short example in the video below: here the parameter (upper panel next to transport controls) controls the volume of some tracks as well as amount of distortion and frequencies on the EQ. And from Unity you have control over this parameter. And through gameplay, you give the control to the player.

So this is how it is made in the game. It is always a bit different in the game for every track. Plus there is the music blurring effect on the music master track for when you make something disappear. But thats not really the point of the article. (let me know if you want to know about this more tho!)

The point is: How do you take infinite looped interactive music that changes based on player actions and bounce out a 2 minute track out of it?!

Well first of all, you go and ask Reddit: game soundtrack mixing

And Reddit tells you pretty much what you already knew. There is no easy universal way and each track will be different. And so the grind started pretty much like this:

So! Lets take a look at one track in particular. This track is play in the level that is divided into 3 parts, you start in the middle and there are two simple puzzles in the part to the right and left. Once you complete each puzzle I change the main parameter from 0 to 0.5 and once both are completed to 1.

In FMOD I have only one track (this is one of the simplest tracks in the game) with EQ and delay on it. The initial delay wet level is -infinity dB. Then there is a return track with reverb, pitch shifter and some eq. The volume of this return is initially also -infinity dB. Look at the video below to see how the music and processing changes based on the parameter:

So again, this was the game and here follows the soundtrack version. All the effects, processing and returns recreated in Reaper and then automated on the whole length of the song.

And thats pretty much it for the article! Thank you for reading and take a look at the whole game!

Hadr is releasing in less  week on Steam and itch.io. Both the game and the soundtrack will be available on both platforms. I am looking forward to your feedback about how the soundtrack turned out aswell as the whole game!

Hope you will enjoy playing it as much as I enjoyed creating it.

PS: Also! This is the new album cover by Bohdan Heblík

Be a piece of cloth in the wind.